2018 Tizra User Summit: What We Learned by Meeting Our Customers Where We Are 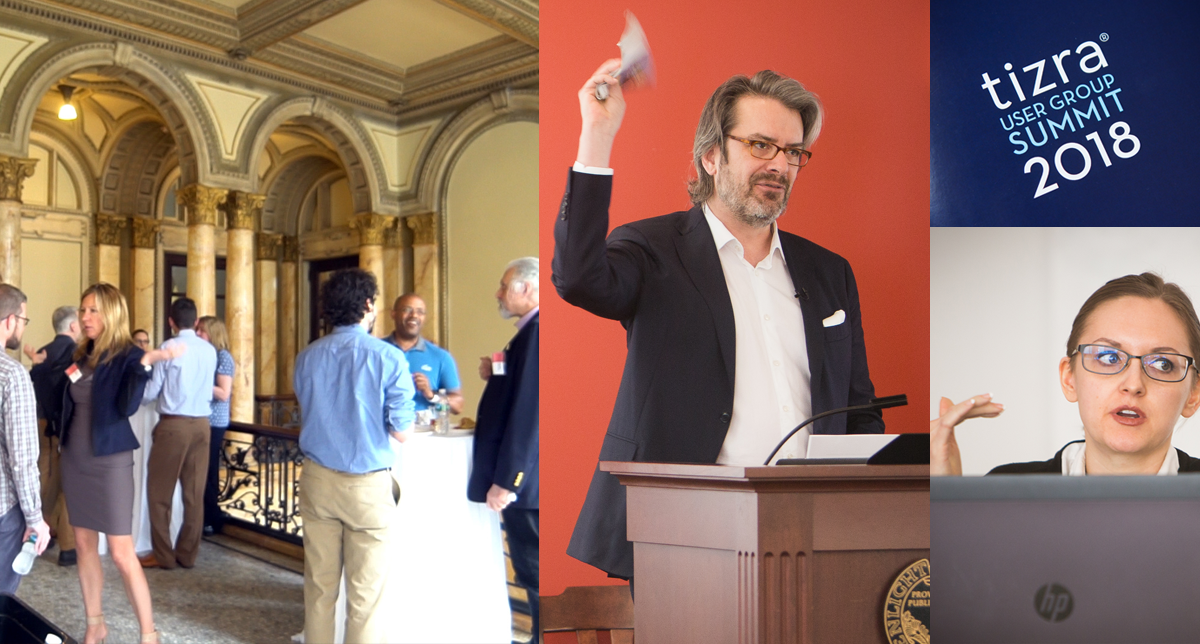 They say you should "meet your customers where they are." Well, for Tizra's 4th annual user conference we decided to take a chance and do the opposite. Instead of going to Chicago or DC, where Tizra customers are concentrated, we bet on hosting in our home town of Providence, RI. It's not that we don't love Chicago and DC, but we really felt we could do something special with the home field advantage. As it turns out, we were right.


The Tizra user community is a silo-busting mix of creatives, technologists, content strategists and executives, who share the goal of building, engaging and generating value from audiences with digital content. For this crowd, we didn't want a sterile conference facility. We felt that by giving them a place they could really connect with, we'd help them connect with each other. Providence, with its vibrant tech and design scene, walkable downtown, and non-traditional venues, provided just the funky catalyst we were looking for. Great food didn't hurt either.

What else did we learn?

The event itself was packed with juicy takeaways for anyone who's interested in managing, delivering and selling digital content more effectively. Here are a few highlights from my notes.

First and foremost, as keynoter Mark Jannot put it, the customer is always... Always seeking. Always restive. And if we want to be successful, always at the center of our publishing efforts. Mark made an impassioned case for the power of speaking with an authentic voice. He reminded us that nostalgia is not a strategy. That sometimes we need to murder our darlings to create what's next. But if we are tough and focused, even workaday content like case studies can be sexy! He also broke news of his new gig at The New York Times Magazine… cutting short an all-to-brief speaking career we were lucky to benefit from while it lasted.

The American Payroll Association's Laura Lough followed with the story of how she and her team murdered a few darlings of their own, and in their place created gleaming new industry bibles in XML, learning in the process the nefarious reasons why their old CD-ROM products had been mysteriously popular with certain customers (hint: not all pirates wear eye patches).

Scribe's Noah Burd chimed in with the technical details behind APA's new workflow. "XML is just the expression of a hierarchical relationship between elements in a document" may not seem like an applause line… until you understand just how much this simple idea lays the foundation for great user experiences.

Then Nicholas Napp of Xmark Labs told us why Blockchain may actually live up to the hype, including such spicy concepts as triple entry bookkeeping, cheaper, more efficient, trustless transactions, and new ways of verifying content ownership and origins.

David Durand's annual Tizra roadmap looked ahead at our big plans for sleek new Admin panels, faster, better mobile search, personalized dynamic books, and simpler ways to do multi-format publishing. Plus juicy behind the scenes gossip like a top secret search API and kudos from a senior product manager at Google.

Master front-end artisan Henry Woodbury boldly handed over the keys to the latest test version of the new Tizra mobile reader and let everyone in the room try it out on whatever devices happened to be in their pockets, prompting oohs, aahs… and a few bug reports.

Then it was back to the front lines, with publisher success stories. Curtis Vouwie of OEM Press shared how he went from working at Little, Brown and Company to working at a little publisher of his own. Very little, in fact, which gives Curtis the agility to quickly test new ideas, including the new Tizra Bootstrap template, which he used to redesign and mobile optimize his Tizra site in less than a day. He also revealed a brilliant and breathtakingly simple way to update ebooks, so they can be sold as subscription products.

And Shameka Walls of the American Dental Association closed the conference with a great, "the customer is always…" story. In this case, it seemed like the customer was always complaining about the digital rights management software ADA had previously used to deliver content. In switching to Tizra, ADA reaffirmed that the customer is always at the center, dramatically reducing complaints, and opening up new new product opportunities such as streaming video and more flexible institutional sales.

Throughout the conference, we were proud to see our home city of Providence serving as more than a backdrop, but as a hard-working attraction in itself. The field trip to Brown University's Center for Digital Scholarship led by director Elli Mylonas was a great opportunity for all of us to escape our usual constraints, and see how creative applications of technology have been fundamentally changing how people experience reality for centuries. And there are few things I've enjoyed more in my time at Tizra than seeing our user community gathered for a boisterous family-style dinner at North, or a reflective morning coffee around the big magazine table at Bolt Coffee (both of which just got a nice writeup in The Boston Globe, by the way).