After extensive internal testing, the Association of Research Libraries has begun offering recent issues of its flagship publication on a public test site hosted by Tizra. 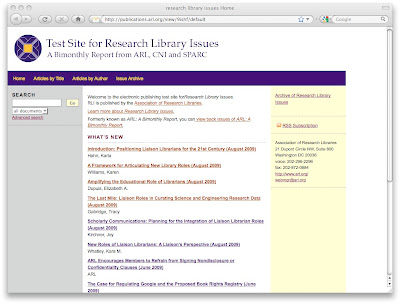 We're thrilled about this, not only because because it's a vote of confidence from a high profile organization, but also because ARL's membership includes some of the most prestigious research institutions in the world (including the libraries of MIT and Indiana University, whose presses are already using Tizra).

In addition to greater production efficiency and flexibility, ARL's use of Tizra stems from a desire to provide members with capabilities including…

We are proud to count ARL—and RLI readers—among the users of Tizra!